Are DVDs Obsolete? Absolutely Not!

New technology continually replaces old ones, so DVD is gradually withdrawing from our lives, more and more people tend to go to the cinema or watch movies online. However, if someone asks “Are DVDs obsolete?” the answer is no. 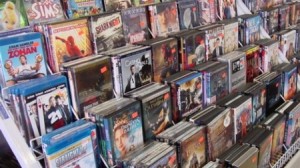 Do you remember the last time you entered DVD stores? Once upon a time, we used to go to these DVD stores to find out desired discs on weekends and tried to save money to buy our favourite DVDs. That’s when our DVD collections started. Only 10+ years, due to the emergence of convenient network video streaming services, mobile app and the proliferation of pirated downloads, less and less people will buy DVDs in order to watch films. The glory of Blockbuster video stores or local video stores belongs to the past, even worse, those video stores are disappearing on a large scale, and hence the DVD sales decline is nothing new. So the problem arises, should DVD be eliminated by the times just because the decline of DVD sales and rental is appearing all over the world? 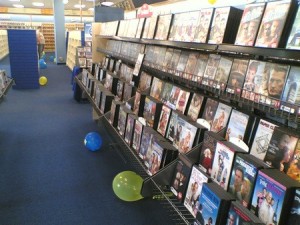 When Will DVDs Be Phased Out

PricewaterhouseCoopers LLC released a report estimating that by 2018, revenues from home electronic video services (such as streaming video services and video-on-demand services) will exceed revenues from all DVD and Blu-ray sales and rentals. By contrast, the turnover of movie theatre tickets and electronic streaming media services will expect to grow. So, are DVDs dead? Absolutely not. Despite the progress of technology, it is inevitable that new technology continually replaces old one. So, it seems inescapable that DVDs will eventually be out of the stage of history, but that day has not arrived just yet. There are a lot of people still using VHS tapes, VCD, and other outdated products, right?

Of course, many people still favour DVDs, it is clear to see the purchase records from Amazon, eBay, Walmart, Best Buy, Netflix, or other shopping sites. At the same time, compared with the online streaming, physical DVD disc still has its own unique advantages, because some of the rare classic movies may be difficult to find on the network. But if you have a physical DVD disc, you can not only revisit it but also be free from the network. You can see a lot of DVD fans who are never tired of collecting DVDs.

Digitize DVD in Case of Death of DVD

We do not know when will DVDs be discontinued, to prevent the damage, scratches, oxidation of our classic DVD collection due to poor protection, it is a wise idea to backup your DVD to the hard disk or the cloud, and it will never be out of date.

This site uses Akismet to reduce spam. Learn how your comment data is processed.